Congratulations to Leslie Wilson, an NJCU undergraduate majoring in Security Studies, for being selected as a project intern in summer 2020. Good luck with your next steps! Please see below for some of her research and analysis.

The North Atlantic Treaty Organization, founded in 1949, was created by two North American and ten Western European countries to ensure members have a level of security within their respective regions. Currently, NATO has thirty “members” or countries working together around the world. The latest four countries under NATO are Albania, Croatia, Montenegro, and North Macedonia.

Due to several conflicts involving NATO alliances, the relationship has deteriorated. 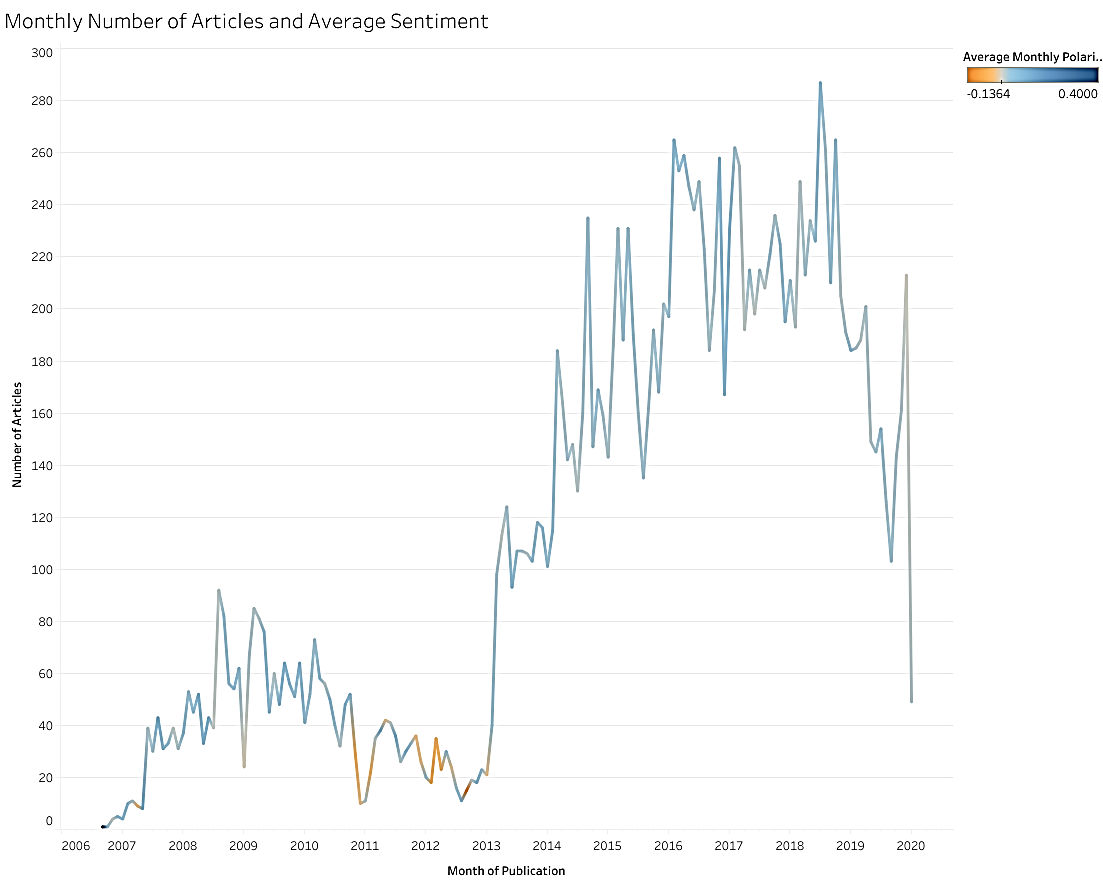 The Russia Today sentiment graph, taken from focusdataproject.com, demonstrates the average monthly polarity for the word “NATO”. The string of light blue to gray indicates how articles containing the word “NATO” are close to neutral. The dips in the graph represent the number of articles released for the month.

From 2004 to 2020, NATO is the fifth most talked about topic in the Ministry of Foreign Affairs of the Russian Federation website. In terms of sentiment, NATO topics tend to sway towards positive, however “NONE” is the strongest sentiment indicating how most NATO topics lack sentiment.

Because NATO members are slowly expanding around Europe, Russia is becoming more surveillant and suspicious over NATO affairs. According to Bearing Witness, a report published by Booz Allen Hamilton, Vladimir Putin views NATO as Russia’s ‘enemy’, especially after Ukraine and Georgia were considered for NATO membership in 2007 (Bearing Witness, pg. 11). Since NATO will continue to expand membership to other countries, Russia will continue to doubt and question the organization’s purpose. 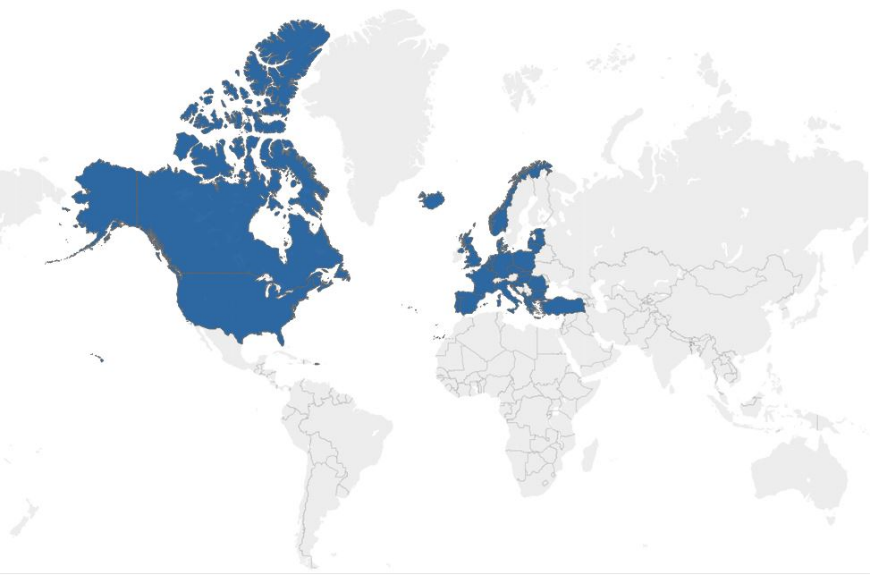 How does Russia view the addition of NATO’s three most recent members? Please see the graphs below for related article, sentiment and emotion. 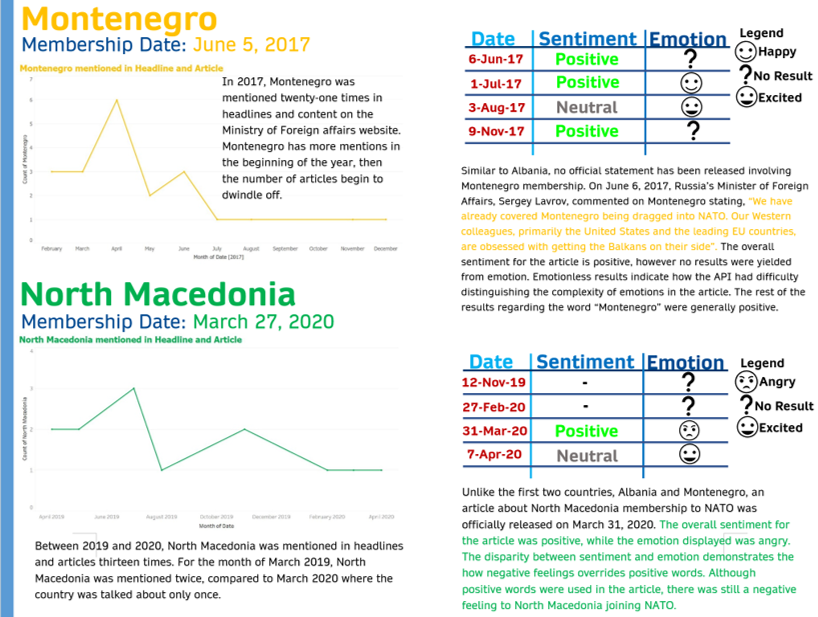